As heard on these stations across the great state of Texas... 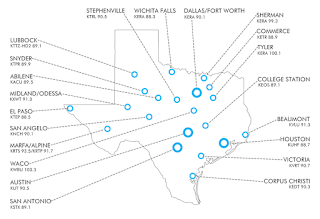 Gun Art, Without the Gun

The censorship of the piece has garnered more attention than it would have originally.

The original ARTGun piece has been modified due to university rules.


The school of art annual student exhibition is underway at the University of Houston’s Blaffer Art Museum. An incomplete piece called ‘ARTGun’ is on display in the exhibition.

The art? A .22 revolver, unloaded and displayed in a glass frame with a red flag with the words “ART” on it sticking out of the barrel. But the university police and the school’s general council said it could not be displayed as originally designed. The gun is no longer part of the art. Instead, it’s now a framed box with a cut out of where the gun was originally supposed to be
Artist Anton DuLaney, the creator of ‘ARTGun’ says the school authorities made it clear that the “gun is not allowed on campus and it is not open to discussion.”

As a native Texan DuLaney says that guns are “omnipotent” in Texas.

“In my work I try to examine pride, power and patriotism and for me the actual gun represented all those things,” DuLaney says.

DuLaney says that while he understands that the school was enforcing the law, it is still censorship. He says the gun would have been displayed in a glass frame and the museum has security cameras so it posed no threat to anyone.

The censorship has generated more interest in the piece than it would have otherwise received.
“They did me a big favor by not allowing it,” DuLaney says.

“I was really (more) interested in my First Amendment rights, than my second amendment rights on this. They really just reinforced that for me,” DuLaney says.

The censorship comes at a time when concealed handguns will be allowed on school campuses starting August this year.

“Through the course of this piece I started taking gun safety classes and went through the whole training for the license to carry program here in Texas,” DuLaney says. “I have got a broader perspective on this now than ever before.”

Tell it like it isTweet @TexasStandard or leave a comment here
Posted by Alton On The Spot at 11:49 AM