My name is Alton DuLaney. I am an Artist. I make ART. In my work I examine the concepts of Pride, Power, and Patriotism, especially as it relates to ART and the identity politics of being an American Artist.

Having recently moved back to my native Texas to obtain an MFA through the University of Houston, I have been fascinated with the discourse about guns, the incredibly loaded (pun intended) topic of Concealed Handgun License, License To Carry, and especially Campus Carry. I wanted to create a piece of ART that took a neutral stance on the controversial subject, while at the same time commenting on the omnipresence of guns in the American culture, and opening up the dialog to these conversations. Thus the piece ART Gun was conceived. I soon learned that getting a gun in Texas is much easier than getting an MFA!

Exploring the gun as an object of power, the piece I have created for this exhibition is called ART Gun, and is inspired by Chris Burden (using the same caliber of gun he used in his famous shooting piece), Marina Abramovic (who used a pistol in one of her early performances), Andy Warhol (with his famous portrait of a gun-slinging Elvis), Marcel Duchamp (and his exploration in the beauty of the ready-made), and Roy Lichtenstein (with his comic book approach to Pop Art), and even Mel Chin (who has exhibited works of art relating to both firearms and ammunition at the Blaffer Art Museum).


Combining my varied experience and interests of art history, window design, circus arts, custom framing, and media training,  I created what I intended to be a neutral yet provocative statement on the implicit power of the firearm, as well as ART’s power to transform objects, appearances, and hopefully opinions. After all, in Texas, a gun is a common toy for children, so surely it could also be ART. With the debate being so au courant, I did my research into art precedence and local law.

I educated myself on gun safety. I wanted to make sure that no one was harmed in the production and exhibition of this piece, including myself. I took numerous gun safety classes, completing the workshop and exams to be certified for a LTC license. However getting the piece into the Blaffer Museum, proved harder than hitting the bull’s eye. 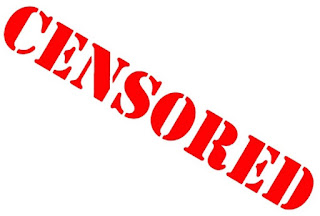 When I proposed this piece for the show, I was advised by the UH Police and Legal departments that …”the gun is not to be allowed on campus…(and) the matter is closed”. Despite my efforts, and those from the museum, the piece was forbidden from being exhibited in its original form.


I have chosen to include the piece in the show, presented here without the gun, because the situation brings up several interesting questions:

- When a thing (revolver) is designated an artifact (ART object) is it still regarded as contraband (weapon)?

- How is an unloaded piece of industrial design securely framed and under glass hanging on the wall as ART in a museum with security and cameras still considered inherently and prohibitively dangerous?

- Does ART have the power to transform things, appearances, beliefs, opinions?

- Is this particular object so powerful and taboo that it can’t even be allowed into the building?

- Can we as a society see guns on TV and in Movies and even out on the street but not in the museum?

- Is a museum a sacred space?

- By not allowing the gun into the the exhibition, was even more power given to the object, and thereby validate the power of the ART by censoring it?

- When can a gun be justified on campus or in a museum?

- What is the difference between displaying and brandishing?

- Is it freedom of expression or is it public safety?

Ultimately, this piece of ART was not created to be Pro- or Anti-Gun, but Pro-ART!
The piece is on exhibit at the Blaffer Art Museum until 14 May 2016.

For more info from The Blaffer Art Museum